Out today in paperback!!

Is it all too good to be true?
When Willow runs into her old university crush, Luke, she’s a new woman with a new look – not to mention a little bit more cash after a rather substantial inheritance. Could she be lucky enough to score a fortune and her dream man at the same time?
Then Willow meets Cal; a computer geek with a slightly odd sense of humour. They get on like a house on fire — although she soon realises that there is far more to her unassuming new friend than meets the eye …
But money doesn’t always bring happiness, and Willow finds herself struggling to know who to trust.

Are the new people in her life there because they care – or is there another reason? 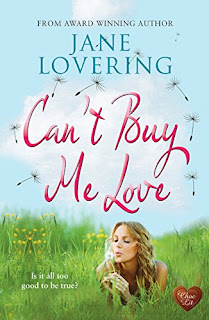 Absolutely hysterically funny book! Willow is a wonderful central character with a really offbeat sense of humour - although not as offbeat as Cal's, which had me crying with laughter!

Luke is divine, god-like in Willow's eyes....but is it all real? Has her crush from uni really developed feelings for her?

The denouement at the end is classic - and very, very rewarding!

Please buy this - I promise you won't be disappointed :)

And here, just for my lucky readers is a nice chunk from the book to tempt you!! 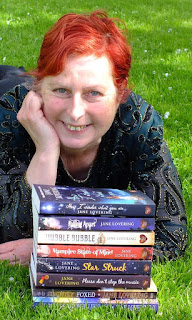 Later that evening when Katie rang me, having hog-wrestled the twins to bed and sent Dan out with his mates for a Friday night restorative, I was knee-deep in my wardrobe looking for a suitable date dress.
‘I don’t want to look too tarty,’ I explained with the telephone clamped under my chin, both hands busy rattling through the rails. ‘But then I don’t want to look as though I’ve got librarians in my ancestry either.’
‘What about your red dress?’
‘Too much cleavage.’
‘The purple one?’
‘Not enough.’ I sighed heavily and sluiced an armful of clothing onto the bed. ‘Honestly, Katie, my going-out clothes make me look like a cut-price hooker and my work clothes make me look like a geography teacher. Why has no one ever pointed this out to me before?’
Katie coughed. ‘Um, Will, you don’t think you might be reading a bit too much into all this, do you? I mean, perhaps he really does want to chat about the old days.’
‘Listen, I would dress up to hear Luke Fry read the frigging weather forecast. I don’t care why he wants me there, the fact is he wants to talk to me, and I owe it to my past self to at least feel not like a complete minger while he’s doing it. Now. What about the white dress?’
‘Bit bridal. You don’t want to scare the bejesus out of the poor guy. And don’t you think it’s all a bit sudden? When he, ahem, I mean, you have to admit, Wills, he wasn’t exactly receptive to your charms while we were at uni, was he?’
‘Well, no, but I have changed quite a bit, Katie.’ You should have seen me back then. I was a dead ringer for an Afghan Hound after a tumble-dry. And so shy, some days I could hardly bear to talk to myself.
‘He recognised you though.’
Yes, he had. After Katie hung up to go and have a long, uninterrupted piss, as she put it, I rooted through some of my memorabilia until I found the photograph. It had been taken by my then-boyfriend, a gangly streak of spots called Tom who I’d gone out with because he roadied for Fresh Fingers now and again. He’d been nice enough, quite pretty, too, but the spots had ensured that any attractive tendencies were submerged beneath layers of concealer. So my stomach contents had remained safely content and not avant-garde wall decoration.
The photograph showed Fresh Fingers, posing outside York Minster. The three other lads were sitting on the steps, but Luke had draped himself over the stonework of the south entrance, arm around a carved saint, and was glowering at the camera from under hair which must have made up half his bodyweight. On the far far left stood the figure of a girl, almost out of shot. She was wearing a gypsy skirt, a loose tartan top, hiking boots and an overlarge black duster coat. An unruly frizzle of blondish hair obscured her face but, yes, you’ve guessed it. Looking like an explosion in a charity shop, with split ends in need of extensive welding treatment, and so hopelessly, helplessly, heartbreakingly in love with Luke that a negative aura seemed to surround me, even in a photograph. I was like a black hole with bad hair.
I sighed and shoved the photo away. I was no longer that gauche, slightly podgy, badly assembled girl. No, I was a completely different gauche, badly assembled girl and the podge had transformed into curves, the bad hair into a reasonably sleek shoulder-length style. I waltzed in front of the mirror, embracing a scarlet hook-and-eye-bodiceddress which made me look like a surgical incision, but was, at least, neither tarty nor sternly practical. It was therefore my choice of dress for Luke.
Katie had to be pessimistic. She stood as the voice of reason to Jazz and my enthusiastic overreactions. But there was no escaping that not only had Luke recognised me, he’d rung almost straight away. In my book, that meant interest of a more than catching-up kind.
I yelled a ‘goodnight’ to Flint and went to bed, hanging the dress up on my wardrobe door so that I would see it if I woke during the night, and remember that this Saturday night was going to be different.