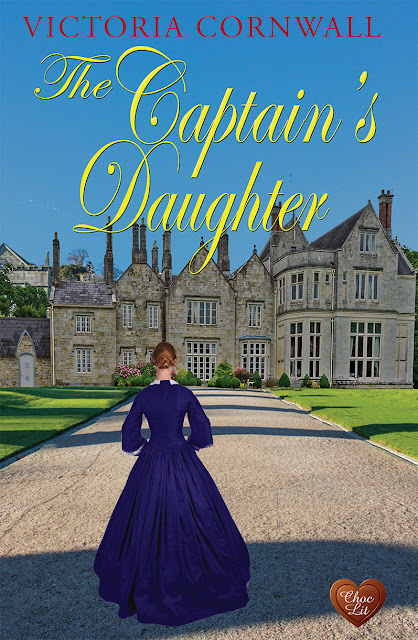 Isn't it gorgeous?? Here's the blurb:

Beware the strength of a quiet woman

After a family tragedy, Janey Carhart was forced from her comfortable middle-class life as a captain’s daughter into domestic servitude. Determined to make something of herself, Janey eventually finds work as a lady’s maid at the imposing Bosvenna Manor on the edge of Bodmin Moor, but is soon caught between the two worlds of upstairs and downstairs, and accepted by neither, as she cares for her blind mistress.

Desperately lonely, Janey catches the attention of two men – James Brockenshaw and Daniel Kellow. James is heir to the Bosvenna estate, a man whose eloquent letters to his mother warm Janey’s heart and whose attentions to her when he returns home set her pulse racing. Daniel Kellow is a neighbouring farmer with a dark past and a brooding nature, yet with a magnetism that disturbs Janey. Two men. Who should she choose? Or will fate decide?

Victoria Cornwall can trace her Cornish roots as far back as the 18th century. This background and heritage has given her an understanding and knowledge of Cornish rural life, which is the inspiration for her writing.
Following a fulfilling twenty-five year career as a nurse, a change in profession finally allowed her time to write in her favourite genre - historical romance.

She is married with two grown up children.The Captain’s Daughter is the second novel in her Cornish Tales series.

My review for her previous novel, The Thief's Daughter

What a wonderful debut novel from Victoria Cornwall! I'm not usually an historic romance fan but I was swept up in the story and the beautiful scenery descriptions.
Jenna and Jack's relationship has highs, lows and strong arguments! I love a relationship that isn't black and white and this one is very colourful! I also enjoyed Jenna's attempt to escape her past and not be painted with the same brush as her family.
As my readers know, I am a great fan of Choc Lit and this is yet another book worthy of them. I look forward to Victoria's next book.

Here are the links to pre-order: