A review of From Here to Nashville by Julie Stock - Four *

Can Music Really Bring People Together? Rachel Hardy dreams of being a successful country music singer in Nashville’s Music City, four thousand miles away from her lonely life in Dorset. When Jackson Phillips, an independent record label owner, encourages her band to audition for a nationwide ‘Open Mic’ competition, she decides they have nothing to lose. But when she starts to fall in love with Jackson, the stakes suddenly get higher and she finds herself with a great big dilemma on her hands. Should she abandon her dream and take the easy way out or should she leave the life she has always known behind and take a gamble on a man who has personal demons of his own? Follow Rachel and Jackson as they learn to trust in love again and to see whether music really can bring them together. 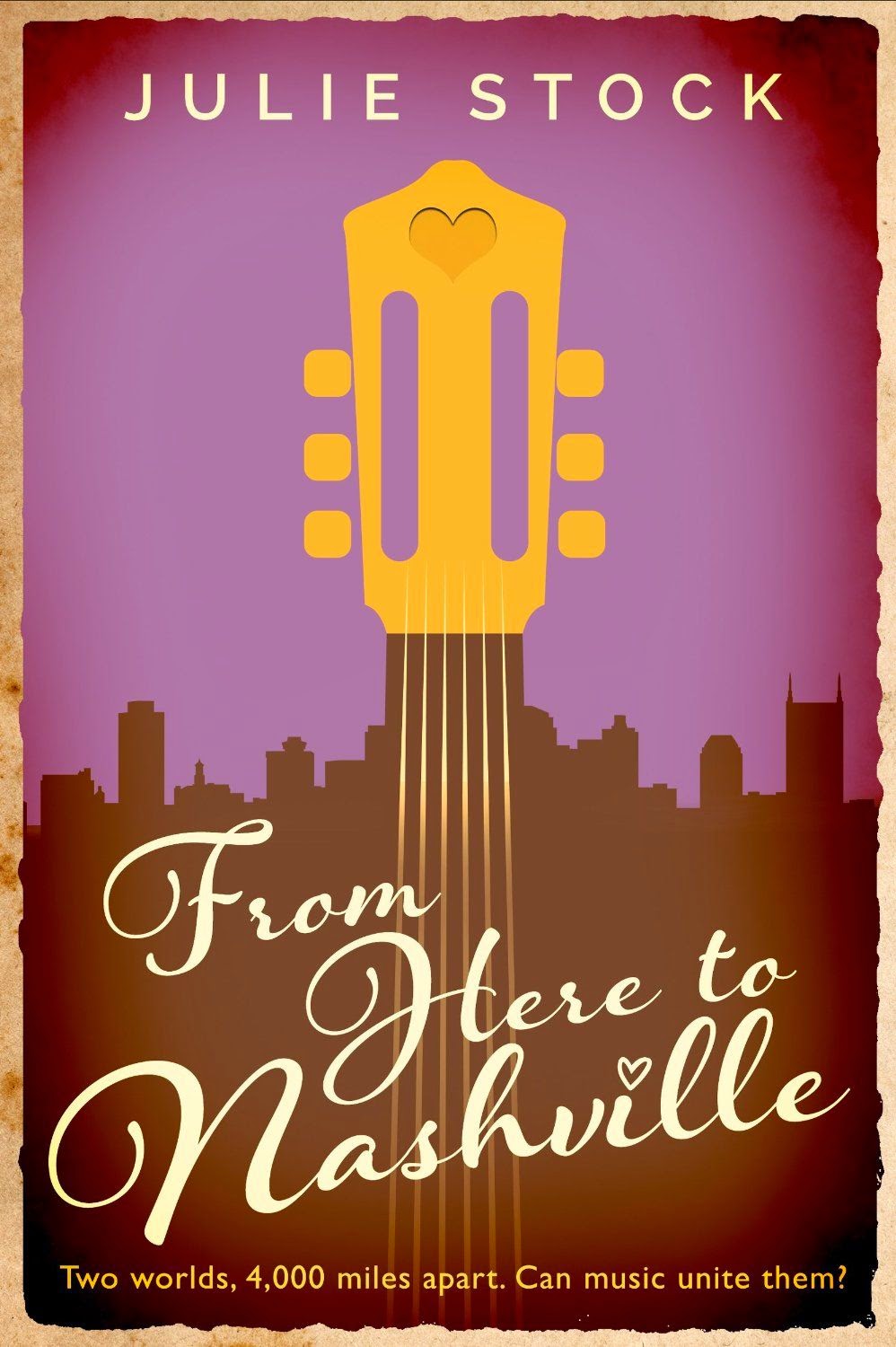 Well done Julie! I've been waiting for what seems like forever to read this and it kept me entertained from beginning to end. It's the story of country singer/songwriter Rachel and her relationship with Nashville record mogul, Jackson.I enjoyed the different locations - Dorset, Nashville and New York and Rachel's wonder as Jackson introduced her to his lifestyle. I loved the various live performances and the crowd responses to Rachel's own songs.The secondary characters were all well written and I was pleased for Jenna and her new love. No spoilers, so I'll say no more! Jackson's ex, Stephanie, was particularly obnoxious and certainly put a spoke in the wheels of love for Rachel and Jackson!I was really irritated by the fact they kept running away from each other whenever problems came up - but after thinking about it, I think that was more to do with me than the story! I always face up to problems and have scant patience for those who don't!All in all, a great début And I look forward to the next book :)

Amazon UK: From Here to Nashville