An interview with Trisha Ashley and a competition!

Imagine The Trumpet Voluntary followed by a drum roll.......here is the eagerly anticipated interview with the wonderful Trisha Ashley! 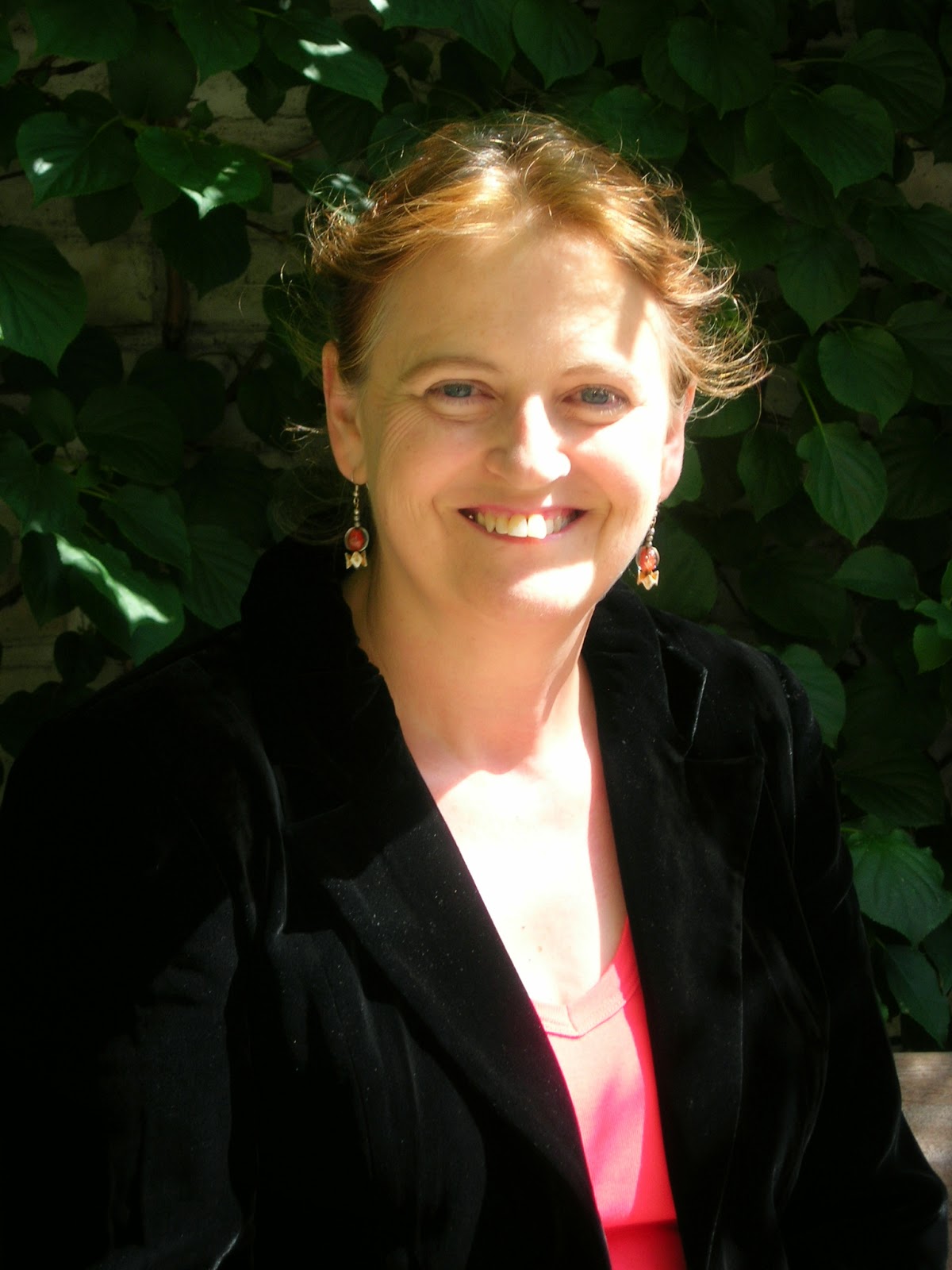 Trisha was one of the first romance novelists that I read when I was thinking of changing genre and she is one of those directly responsible for that change! I had the great pleasure of meeting her last year in London - and she is truly a lovely, gentle lady :)

I reviewed her most recent book, Creature Comforts last month - here is the link to that review: Creature Comforts. Have a look at her website and you can learn more about her and all her books: Trisha's Website

Trisha has very generously given me a copy of her book to be given as a prize!

The question is: What breed of dog is Dog?

Anyway - here is the interview - hope you enjoy reading all about Trisha.

1)  When did you start writing and what triggered it?
I knew that I wanted to be a writer and painter from being a little girl and thought that all I needed to do to be a writer was read a lot and get on with life (which turned out to be quite true), so I went to .  I still paint, which gives me immense pleasure, but the writing has become the dominant strand.
I think being an early reader helped me become a writer – I quickly wanted to create characters and stories of my own.  Some of my poetry appeared in my local newspaper when I was ten or eleven and I won a prize for a short play a couple of years later.  I was also much encouraged by my brilliant English teacher at secondary school, Miss White.

2) How important is Muse and would you ever tell him he was important?!
Here is the explanation about who (or maybe what) Muse is, that I send out with my newsletters:
The plot so far: Except when she is occasionally let out to enjoy a couple of days of frenetic partying in London, or to give a talk, Trisha lives in beautiful North Wales, together with the neurotic Border Collie foisted onto her by her son and an equally neurotic but also vain, bad-tempered and chancy Muse.  Muse, whose first name is Lucifer, slipped into her head and took up residence while she was reading Lost at school and refuses to leave.  He is male, steely-blue, wears a lot of leather, is winged, has talons (so that’s where her blue nail varnish went, then) and is devilishly handsome, if you like that kind of thing.  He only eats words, but gets through a lot of Leather Food and Trisha is starting to suspect that he does more with it than just rub it into his wings…  Lately, Muse has been writing a hiss-and-tell account of his life with Trisha, called The Muse Report, though due to the fact that he eats his words almost as fast as he writes them, it could be quite some time before this appears in print.
People are always asking me if I really believe Muse is real, but of course I don’t!   (Trisha ducks her head as something large, blue, leathery and winged swoops overhead, ruffling her hair.   She tosses him a few crumpled pages of her manuscript to eat and after a few moments, he stops snarling and looks pensively at the work in progress…)

3)  Are Sticklepond and Halfhidden based on anywhere real?  How do you ‘design’ the villages?
I invent all the villages in my books, but I do mention nearby real places, like Ormskirk or , etc. (But not all my books are set in .)  I have them very clearly set out in my head while writing the novels, so they are real to me and, I hope, my readers.

4)  An old chestnut – where do you get your ideas from?
I don’t see any point in writing a novel unless there’s something I’m burning to say, new ideas to explore.  And my characters experience all the ups and downs of life – for example you will find themes in my novels relating to divorce after a long marriage, infidelity, the death of a loved one, miscarriage, breast cancer, abusive relationships – a life is a journey through light and shade and a novel would be a mindless bit of froth if it only skimmed happily over the darker elements.  However, the resolution of my books will always be positive and, I hope, uplifting.  I want my readers to feel happy when they’ve had a little holiday in Trishaworld with me, not harrowed.
As to inspiration – well, I am inspired by the power of friendship, which is often a strong theme in my novels and frequently also by the loving relationships within a family - perhaps dysfunctional, or not in the traditional mould, but loving relationships for all that.  I also love all animals and my latest book, Creature Comforts, is certainly full of dogs, since the heroine’s Aunt Debo runs a dog rescue centre.
Other than these strands, I don’t know where my ideas come from- once I begin a new novel they just seem to weave themselves into the story and around the characters.  And the characters themselves also slowly weave themselves around my heart as I write each new book, so that I really care about what becomes of them.

5)  I know you’ve just finished one book, but what’s next for your fans?  Any clues?
There will be a brand new novel out on October the 22nd this year, called A Christmas Cracker.  It’s set in the tiny hamlet of Godsend near Little Mumming, so readers who enjoyed reading the Twelve Days of Christmas will get a glimpse of some of those characters, too – one in particular.

6)  Would you like to see any of your books made into a film and if so, which one and who would you like cast in the main roles?
Of course I’d love to see all of them made into a film!    But the one I’d like to be made first is Every Woman for Herself, because it has a wealth of character parts and the whole Bronte element is such fun.  I’ve always imagined Rufus Sewell playing the main male character, Mace, but now I’m thinking that Aidan from the new Poldark series would be rather nice, too!

7)   And on a more personal note, how’s Dog and his neuroses?


Dog’s first couple of years must have been hideous (he came from a dog rescue centre) so he’s always going to suffer from the effects. He loves routine and hates anything to be different, even down to his bowls being shiny after I’ve cleaned them. He’s extremely difficult to live with, but I love him anyway.  And he does have a name, by the way, it’s just that he’s such a private person, he prefers me to use his title on the internet instead.

Thank you so much, Trisha, for this insight into your world.

And don't forget - What breed of dog is Dog?